The Los Angeles-area park shared construction photos of the new coaster today. Support beams are on site and being installed near the site of the former Green Lantern coaster, which Wonder Woman effectively is replacing. 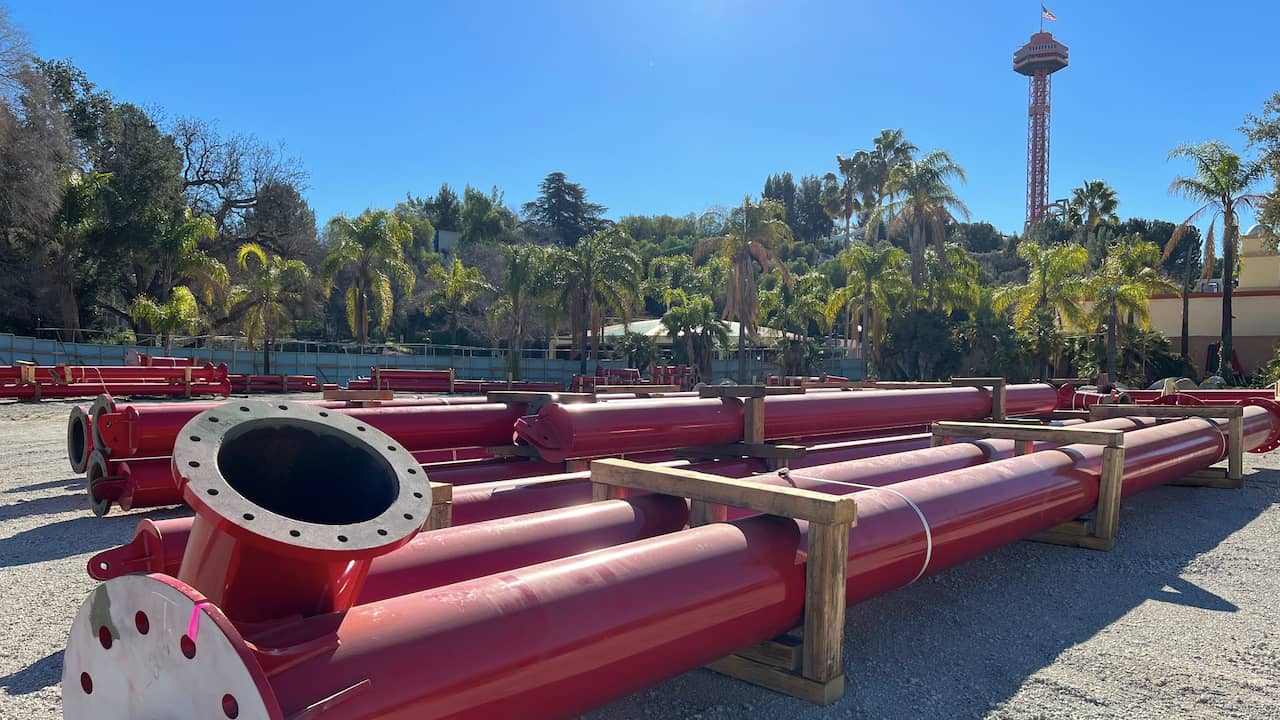 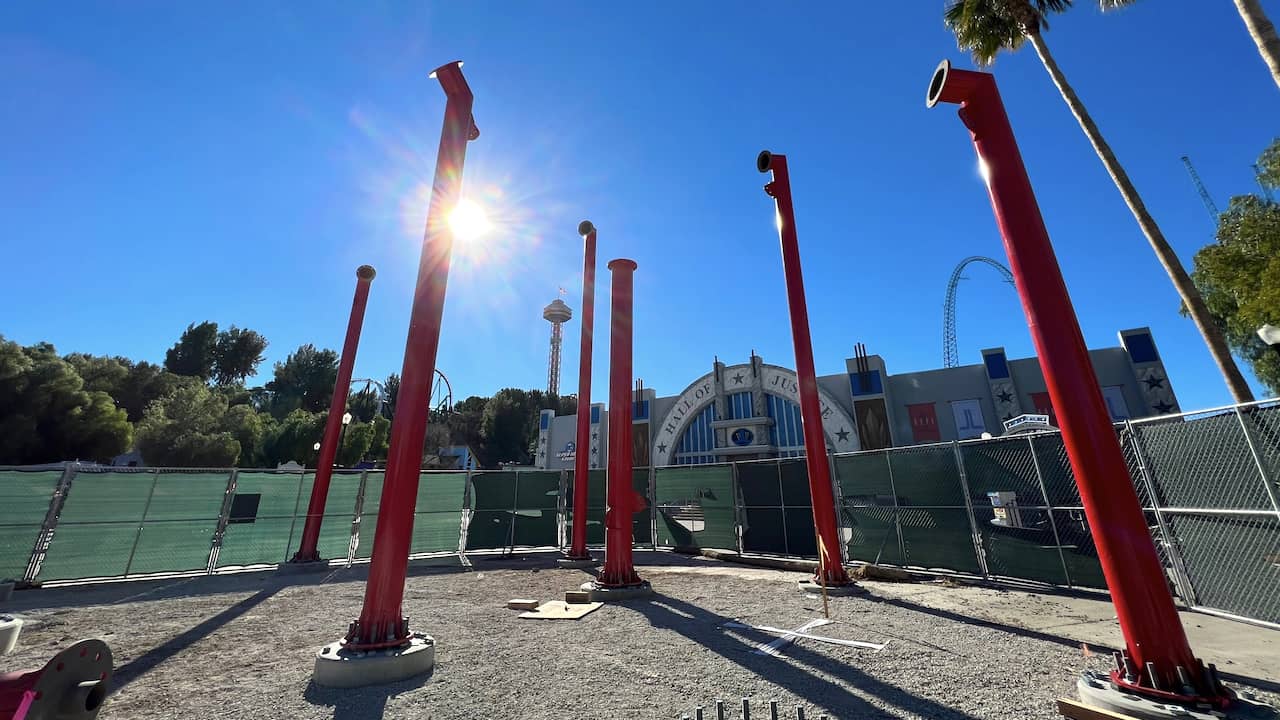 The Raptor coaster from Rocky Mountain Construction will be the park's 20th and will feature four 12-person single-file trains on a single-rail track. Wonder Woman Flight of Courage will have a top speed of 58 mph, a height of 131 feet, and an 87-degree first drop on that 3,300 feet of track. 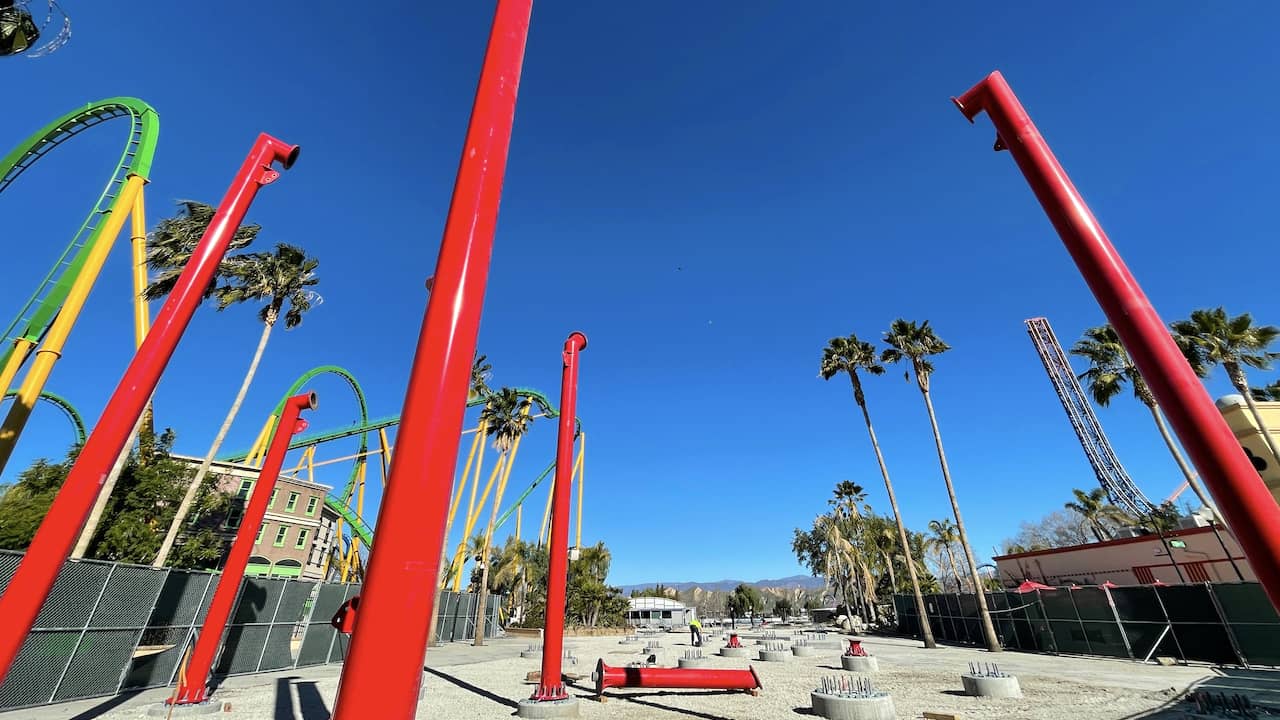 Here's the concept art for the coaster, which Six Flags released last year. 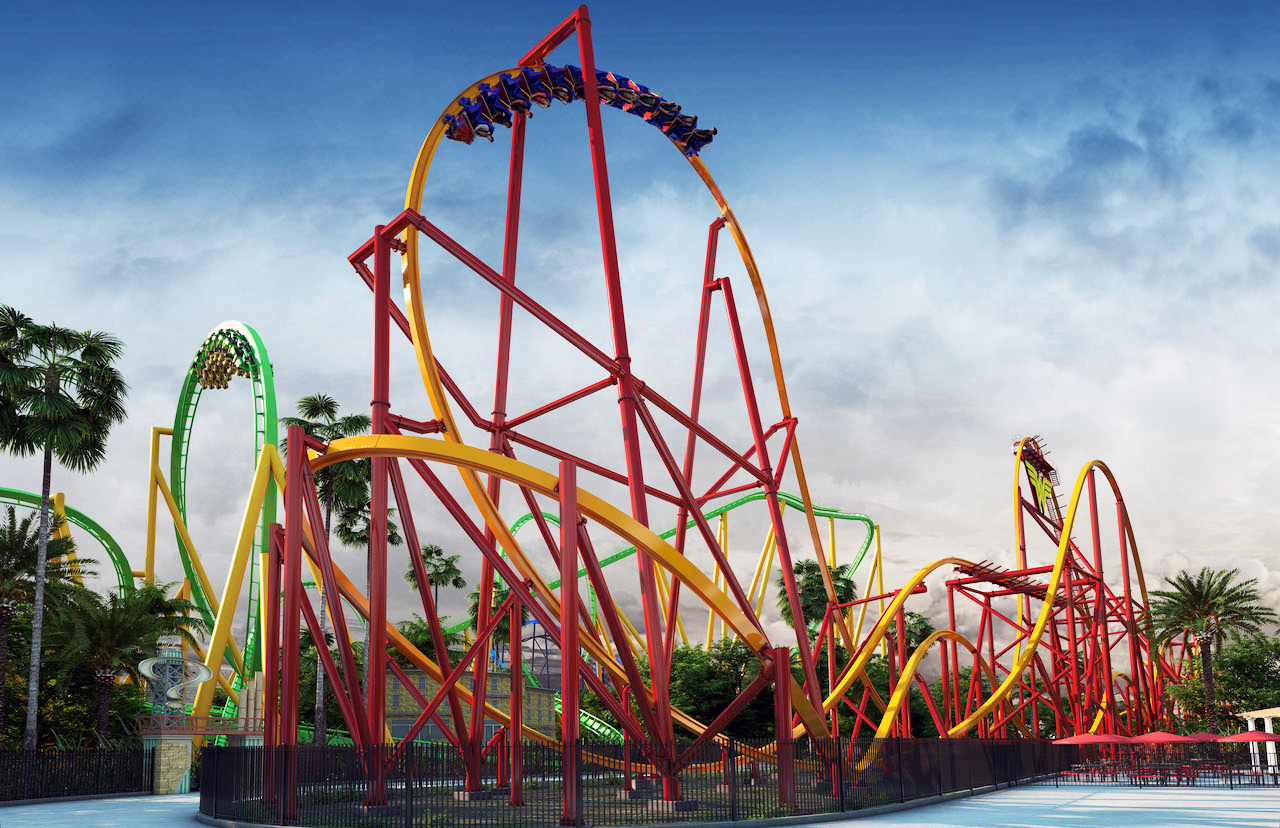 Wonder Woman Flight of Courage is set to open sometime this summer. No specific opening date yet.

As much as I dislike SFMM sometimes, the sightlines of all of the coasters is just so amazing. Everywhere you look there is a coaster that, for the most part, works with the environment almost like a work of art. FoC will just add to the sightlines of the park. The one thing I am a little concerned about is loose articles. Typically I don't have a problem with them on coasters because 90% of the time the layout puts the track away from any walkways. However, the track is right in the middle of the walkway with people walking all around it. I wonder if Six Flags will implement a harsher loose articles policy on FoC. Would hate for more IOA incidents to happen at SFMM.

Flash is moving to another part of the park and Wonder Woman is getting a new name, I have been told.

@Postcot - If SFMM operates this coaster like Jersey Devil, expect an extremely strict no loose article policy to be in effect. For the SFGAdv coaster, rider pockets need to be completely empty, or you’re going to the back of the line. I witnessed numerous instances of guests being removed from the loading platform (once physically by security) when they were observed with even a slight bulge in their pocket.

Glad to see Wonder Woman has finally gone vertical, and hopefully this will give them enough time to get it open by Memorial Day as is typical with new rides. It's probably going to be tight, but if there are no delays it's probably doable as the Raptors go up fast. I'll probably head up to the park in a couple weeks to take a look at the shiny new ride for myself (and pick up a new pass).

As for loose articles, I don't anticipate they'll be handled any differently than other rides at the park. West Coast Racers has several moments where the trains cross pathways (including inverted), and on that one there are pouches on the trains and nets below the track. Wonder Woman has less path interaction, so the same protocols are probably fine. The rules on Jersey Devil at SFGAdv are more because of laws in the State of New Jersey than a Six Flags policy, as every park I've visited in that state requires riders to empty their pockets on large inverting coasters if they cross a walkway.