It's a bittersweet celebration in Orlando today, as the parks have reopened to all guests, but so many people throughout the state continue to deal with the aftermath of Hurricane Ian, which closed the parks for two days and caused as-yet uncalculated damage across Florida.

At Epcot, construction continues on the park's transformation project, which was delayed and altered somewhat by the pandemic. All these recent challenges show that the 21st century hasn't turned out to be quite the beautiful future that Disney's first "non-fiction" theme park optimistically predicted when it opened as Walt Disney World's second theme park, after the Magic Kingdom.

Nor has Epcot continued with that non-fiction theme. As people's optimism about America's and the world's future has waned over the years, Disney has pivoted with Epcot, adding more Disney IP. "Hey, you know that the future might suck, but at least you still will be able to enjoy Disney in it," seems to be Epcot's new message.

So let's just go ahead and enjoy Epcot as it celebrates its anniversary. (Today also marks the 51st birthday of the Walt Disney World Resort, though Disney will continue celebrating its 50th anniversary for another six months.) Many fans are enjoying the park's newest attraction - its first roller coaster, Guardians of the Galaxy: Cosmic Rewind. [Here is our ride review.] 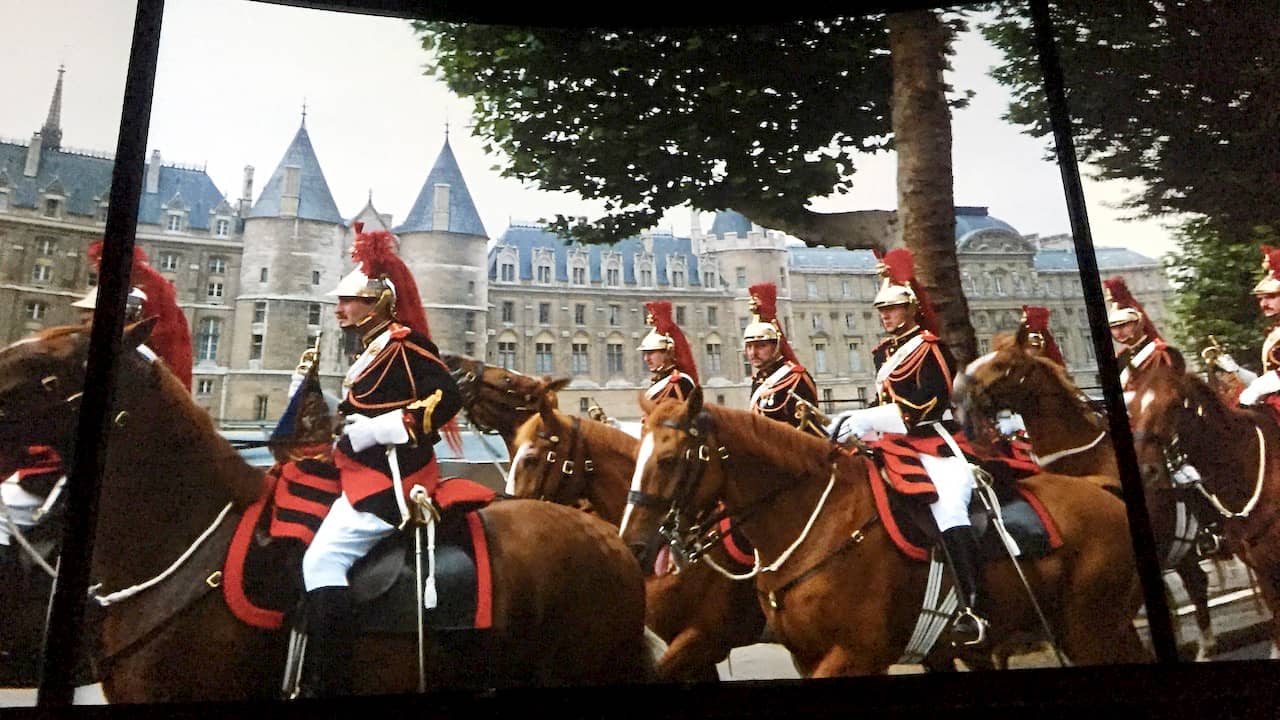 But for many fans, Epcot today is best known as the site of so many food festivals, with a variety of tastes and drinks sold at festival marketplaces around World Showcase. The current Epcot International Food & Wine Festival continues through November 19.

Also in mid-November, the annual IAAPA Expo will honor Epcot's 40th anniversary with a Legends panel that looks back at Epcot's past and its enduring lessons for the future of the theme park industry. [Epcot Gets the Spotlight at This Year's IAAPA Legends Panel] I am planning to be in Orlando for the Expo and will bring highlights from that panel to you here on Theme Park Insider.

In the meantime, happy birthday to Epcot!

I know, I know it's not the same. Still miss Horizons, World of Motion, Wonders of Life, all the original attractions. It's more IP and lacks some of the original vision...

But my mom just there and talked of World Showcase still terrific and some good feel for it so it's still one of my favorite parks. I do wish returning to its core and notable how that big "WDW at 50" book spends more time on classic Epcot then new but this was still my favorite one to visit. And, after all, if any of the parks was meant to flex with the times, this was it so happy anniversary and hope to enjoy it again soon.

EPCOT is one of those parks that reward you for taking the time to stop and look around. Many people just hop on and off the Nemo ride without exploring the great aquarium it houses. And World Showcase is full of wonderful nooks and crannies such as the United Kingdom courtyard, the French alley Impressions exits towards, and the Morocco exhibits.

The first time I walked into EPCOT Center was early September 1982 at a CM preview night. I saw the 'Kitchen Kabaret' rode "World of Motion', watched 'Magic Journeys' and enjoyed the first of many pints in the 'Rose & Crown'.

As a theme park EPCOT is peerless.

Veggie veggie fruit fruit.
I’m only the hypothalamus.
If you can dream it, you can do it.

Niles, you are the toast of the town.

I agree with the sentiments...Epcot migth be one of the most misunderstood and underestimated theme parks in the World. I Just think the name should change, it does not represent the original idea anymore...but thats Just an opinión...

Going to EPCOT Center in the 1980s, I thought Future World at night was the most magnificent man made place on the planet.

It hurts my heart to see what it has become.

I wished they would add more counties to World Showcase. Preferably ones that can't be PIXAR-IZED.

If EPCOT isn’t drawing the attendance, then it should be expected to change. The park may draw adults without kids to the World Showcase, but what rides are there for the 6 and under crowd to enjoy? Disney management doesn’t want just the adult crowd…they want EVERYONE of all ages to spend money there! So there really isn’t any reason why the front of the park can’t be filled with IP while the World Showcase remains mostly as is with a few IPs to keep the youngsters happy while Mom and Dad chug down $20 drinks and eat $100 steaks.

@twobits ... my grandson is 4, and he loves Epcot. Nemo, Frozen, Remy, the train tracks by Germany, the play area by Creations, the land boat ride ... the list goes on.

There's plenty for 6 and under.

@Makorider: You can argue the older Epcot didn't have as much for kids outside of Imagination. Sure, the dinosaurs of Universe of Energy great but you have to sit through a lot of dull stuff before that. Living Seas got attention for the fish, you had Kitchen Kabaret and later Lion King cartoon but much of classic Epcot wasn't really for the tykes.

When my daughter was 4 her favourite ride in the whole of Disney World was Spaceship Earth. We were staying at the Beach Club and had to walk across to Epcot and ride Spaceship Earth every morning before going to any other park.

It's a real shame that EPCOT has been forced to celebrate a landmark anniversary not only in the shadow of Ian, but in the wake of a pandemic and construction projects littering the front core of the park. There are more promising days ahead for the park, but it's frustrating that Disney was unable to deliver an improved, more cohesive EPCOT for the 40th. What's even more depressing for me are all of the projects that have seemingly been dropped from the re-envisioning plan - Mary Poppins, Play Pavilion, the viewing platform, Spaceship Earth revamp, and more are all either not happening or in limbo.

I still very much look forward visiting EPCOT next week, but I'm worried that the perpetual construction and proposed projects constantly in flux will mean that guests won't truly be able to celebrate EPCOT until its 50th anniversary.

Oh I believe the Spaceship Earth revamp has been delayed to get the script ready for "Guardians of the Galaxy - Time Warp" where the guardians go back in time to learn the history Xandar. There's no money to be made on planet Earth anymore.

FWIW my kids are 7 and 9 and love EPCOT. We're excited to see the EPCOT's future. Happy 40th!

@Mako: There are certainly exceptions to the rule (and if your 4-year old grandson can hold his attention that long, then he is truly an exceptional child!), but I just don't see many in that age group being okay with much of the park.

Disney has a lot more data than we have. There is no way they make changes without thinking about potential profits (especially in the Chapek era).

We're local, so only in the park 2-4hrs, but he has his routine and loves Epcot.
He was there today actually, spending most of his time playing in the aquarium area of Nemo.
But if you mean, all day, then no he wouldn't make it. We'd have to park hop.

Twobits: "There is no way they make changes without thinking about potential profits (especially in the Chapek era)."

EPCOT Center was bold and inspirational, innovative and visionary. But now it sucks like a 40 year old prostitute.

I walked into Epcot Center in 1985. It was my first Disney theme park and I was gobsmacked about what was on offer. I wasn't very impressed by the rather kitsch representations the company produced at World Showcase but Future World had the elan of a permanent world fair. Presenting the future of the deep in Sea Base Alfa was the highlight for me.
All pavilions had their own futuristic architecture and the whole area had an unbridle sence of positivity and creativity all done with the highest Disney quality but in a unique way.
It has been a long ago time ago since I felt these things at Epcot and going forward this park is going to become more generic as it is drifting away from what made it unique. This park is Epcot in name only and I with Disney would go much further away from the original concept as they clearly don't want it so why not break with it and go for more of the same as it's getting more and more painful to watch.

“If we can dream it, we can do it.”
That’s what EPCOT Center used to represent. Not anymore. Sorry Tom Fitzgerald, your vision for a better and brighter tomorrow is no more.
Journey Into Your Imagination with Figment, an overwhelmingly awful attraction that never should have replaced the original, conveniently represents the current state of EPCOT - it’s shallow and self deprecating with very few instances of grandeur or originality. Sorry Tony Baxter (and Dreamfinder), you no longer belong at EPCOT, or Disney for that matter.
As for the PLAY Pavilion, it will be a cheap melange of Disney IP under one big roof. No thanks. Sorry Ray Bradbury, there’s very little optimism left in EPCOT’s future. EPCOT Center’s once optimistic view of mankind in the 21st Century is long gone. Those ideals were left behind in the 20th Century.
To Card Walker, Donn Tatum and the entirety of Walt Disney Productions, thank you for making EPCOT Center a reality! And thank you to all the Imagineers, consultants, field experts, engineers, and craftspeople that had a hand in creating EPCOT Center. Your ingenuity, dedication and effort will always be recognized and valued by some.

I like the flights at 'La Cava del Tequila' at the Mexico pavilion; and the 'Voices of Liberty' at the American Adventure.

I also like the colors on the Germany pavilion. 'Soarin''