October 28, 2022, 3:29 PM · If I asked you to imagine a dark ride, I suspect most of you would envision a similar ride experience. You get into some sort of ride vehicle that then moves forward into and through a series of show scenes. And eventually, you would end up right back where you started. Maybe the ride vehicle track would make some twists and turns along its path, but that path would stay pretty much level throughout.

There are exceptions to this model, of course. The ride path of Universal's Transformers attraction moves across two levels of its show building, with its motion base vehicles taking a cleverly hidden elevator trip twice - once up and once down - during the ride. Disneyland's Pirates of the Caribbean uses a flume drop to go under the Disneyland Railroad tracks, returning to level via a lift at the end of the ride. But even though rides such as these have vertical detours, they remain essentially horizontal experiences.

But what about a dark ride that went up and down instead of forward and around? A team of designers at Universal Creative have filed a U.S. patent application for what amounts to a vertical dark ride system.

This is a different concept than something like Disney's drop towers, including The Twilight Zone Tower of Terror and Guardians of the Galaxy: Mission Breakout. Instead of having a single ride vehicle stop multiple times in its own drop shaft, or even moving from one drop shaft to another, Universal's concept would stack show scenes atop one another in a show building, with a mechanism to move several motion base ride vehicles into and between these show scenes concurrently. It's not a drop ride; it's a dark ride that proceeds up and down rather than through the horizontal plane. 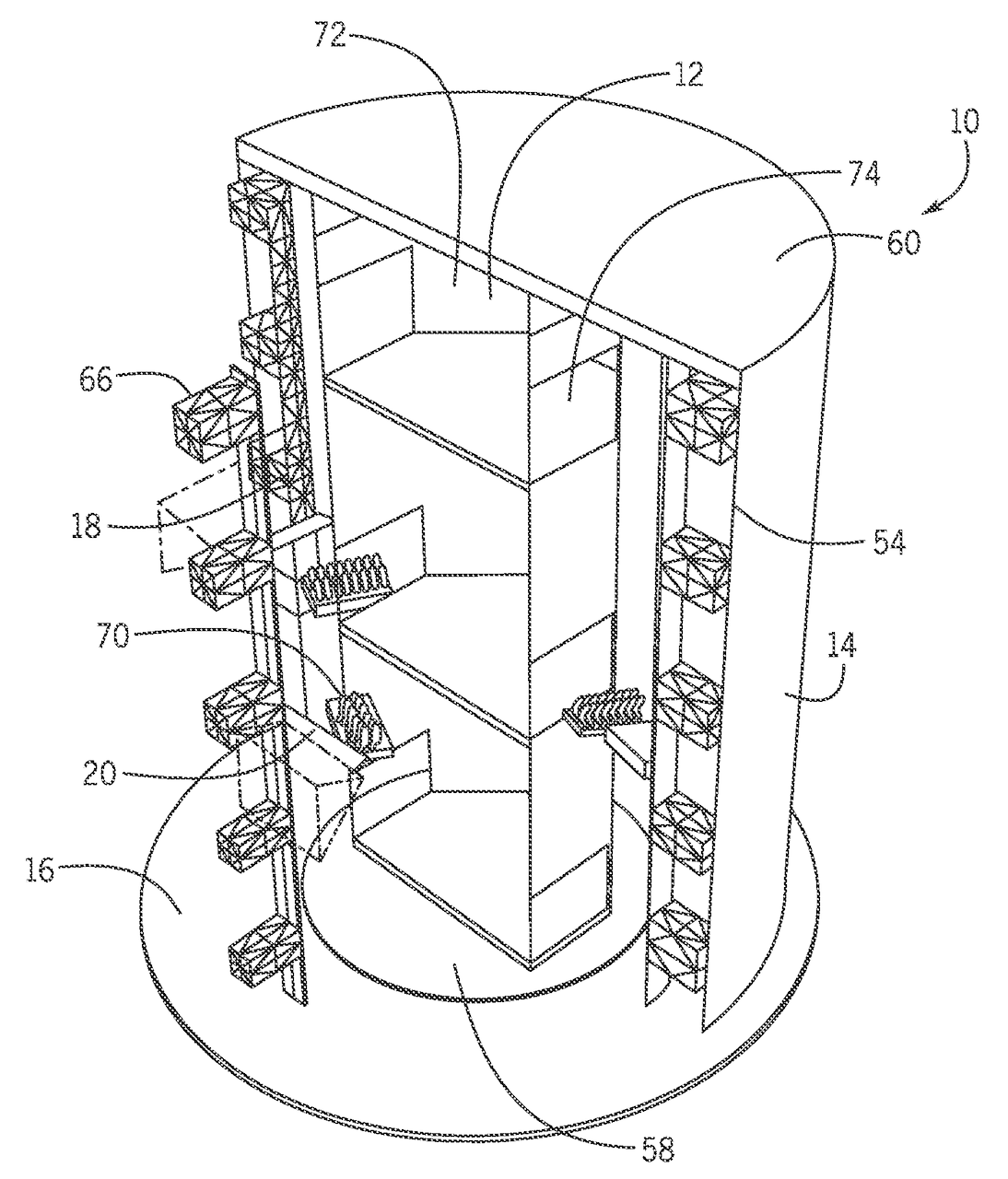 All images from Universal's patent application

The attraction would be built upon a rotating lift system, which would include multiple lift assemblies. 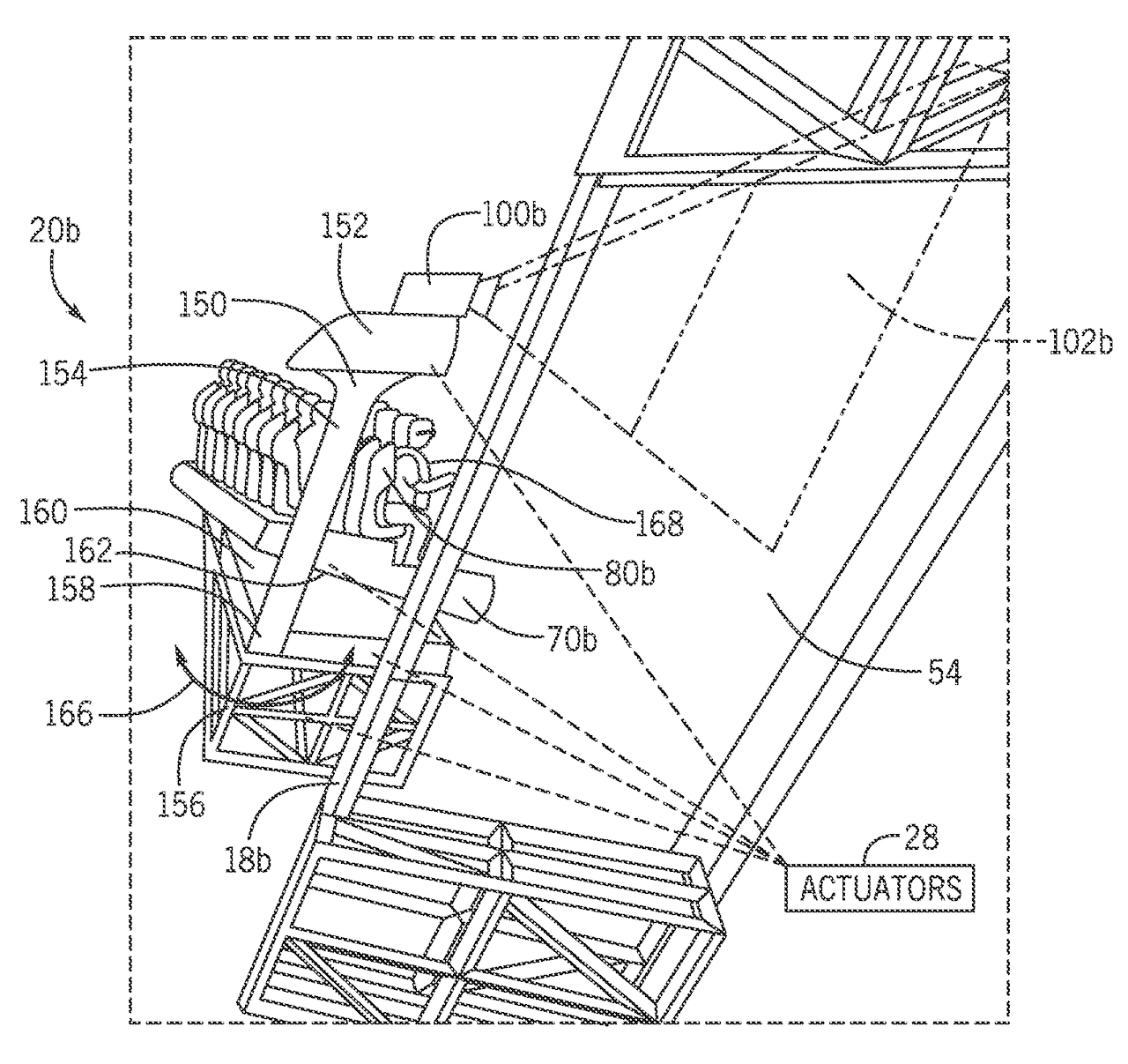 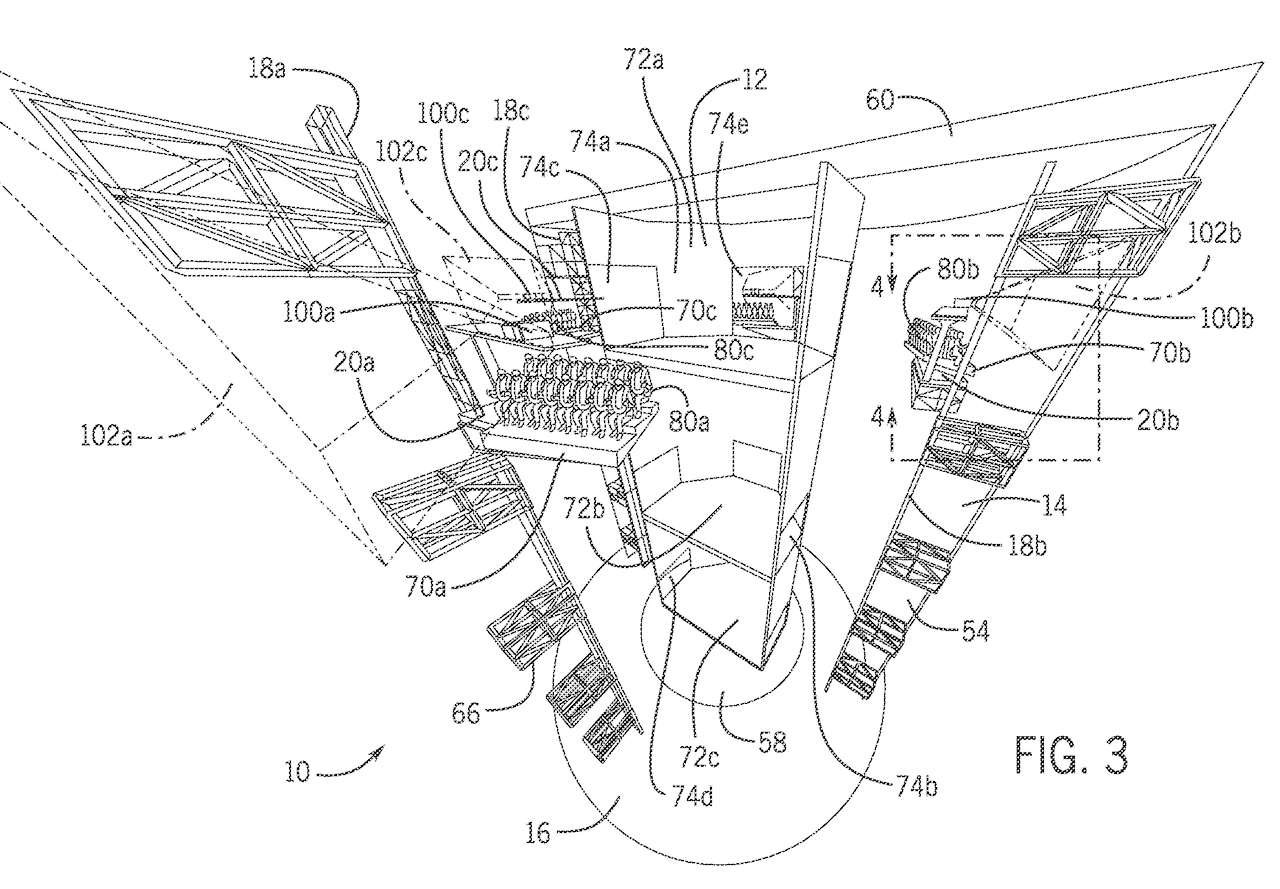 Show scenes could include animatronics, projections, theatrical effects, or - most likely - some combination. And multiple ride platforms could enter the same scene at once, providing multiple potential points of view to a particular scene. 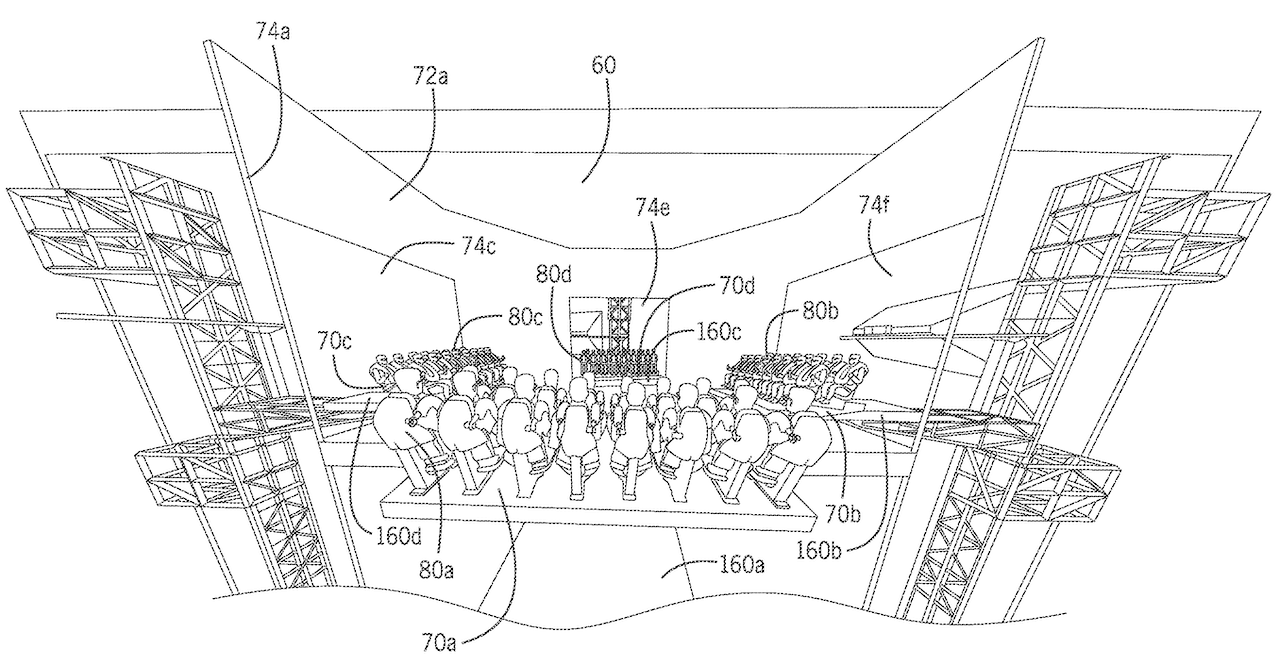 Since each platform is set on a motion base, designers can program a wide range of motions for riders to experience within and between show scenes. Show scenes could be designed to change, so that riders could enter each specific show scene rooms more than once on a single ride, getting a difference experience each time.

This system would allow Universal to create a dynamic, theatrical dark ride experience upon a limited footprint, making it a potentially ideal solution for theme parks without an abundance of space for expansion.

Cool and interesting concept here. At first I was thinking of like a castle-like structure, something that could belong at Epic Universe's monster land. But I can also see this going up at Singapore and Hollywood which are synonymous with being short on expandable land.

Ministry of Magic “Flue” ride anyone?

That's what I thought, Russell. This seems tailor-made for the Ministry of Magic elevators.

Too bad the upcoming Ministry ride at Epic Universe will instead rely upon the "Scoop"-type vehicle from Spider-Man and Transformers.

@James - It does sound like the Epic Universe attraction will use more standard motion bases, but I could see Universal utilizing this elevator technology for the WWoHP expansion that has long been rumored for the Fear Factor stage. It does sound like Universal is ready to move on that project pretty soon, it's just a question of when it would open and how the timing would work around the debut of Epic Universe. Universal has been working to open a new attraction every year, and the transformation of Shrek and Monsters Cafe would represent 2023's addition.

I could also see this technology as a retrofit into The Simpsons Ride as it's rumored that Universal may not renew their license for the IP beyond 2028.