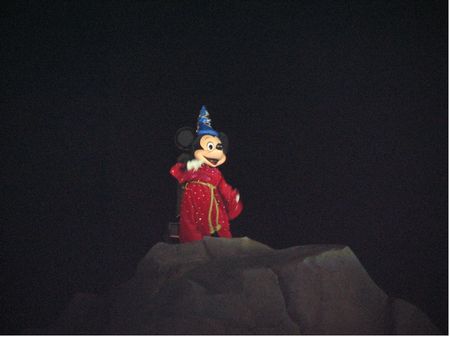 The Studios’ nighttime spectacular plays in a massive open-air theater located behind Sunset Boulevard. Copied from the original version at California’s Disneyland, Fantasmic! celebrates Mickey Mouse’s imagination through a combination of live action performances, film clips projected onto water-mist screens, water stunts, lasers and pyrotechnics. You’ll see scenes from several popular Disney films, leading up to a climatic battle between Mickey and the evil Maleficent. It all ends well, of course, with appearances by a boatload of Disney characters at the end. (We mean that literally, of course.)

This a great show. Much more enjoyable than Disney parades. It's extremely popular.

An amazing show with great effects and great music. However, getting out of the stadium takes forever with everyone clumped in small walkways.