January 1, 2022, 11:45 AM · Universal Orlando's Islands of Adventure leads our 21st annual Theme Park Insider Awards by winning the Best Theme Park honor for the third year in a row and the eighth time overall.

The Universal Orlando park went up against Disneyland in our final-round reader vote. Based on nominations and that final-round voting, our readers Top 10 theme parks for 2021 were:

Here are the other winners of the 21st annual Theme Park Insider Awards:

To participate in the selection of the 22nd annual Theme Park Insider Awards, please subscribe to our email newsletter, through which will we send the exclusive nomination forms later this year.

Disney getting spanked by Universal! SLAP!

"Best Show" is an interesting one as I bet less than 1% of the Community have actually experienced it....? Surely watching it on Youtube doesn't count?

There was, uh, a lot of traffic from China during that vote. (The Shanghai Disneyland Pirates show came in second in that category, BTW.)

FWIW, China is now the third-largest audience for Theme Park Insider, passing Canada and now trailing the UK and USA.

IOA deserves it. Its such a well themed park

It sounds like the biggest winner of 2021 was Robert. Congrats on reaching that international demographic!

Universal is the winner in 8 out of 10 categories.
Congrats!

Trust China, No Thank You!

Personally still go for Disneyland off history and such but can't argue how awesome IOA is.

I'm happy to see IOA score so well, but there is one pick that is consistently on these awards list, that always surprises me: Mythos. And I'm not trying to bad-mouth the restaurant. I've eaten there several times, it is a top tier restaurant, and I have always been happy with the meal, the staff and its a beautiful setting. But best Theme Park restaurant? In the world? Almost every time? That surprises me. It just doesn't do it for me THAT much.

I don't really get the Mythos love, either. I'm glad it exists (solid table service restaurant, decently priced) but it's not one of my favorites. But I'm comfortable accepting this is just one of those things I don't see eye-to-eye with the community on.

Another thing to add since 2010 when WWOHP opened. Universal has shown to blow Disney out of the water

I think Mythos does well since not only is it's food good, it's atmosphere and ambiance excellent, but it's prices represent good value. That's a good balance, Sure, a few theme park restaurants might have slightly better food, but that's at the cost of very expensive pricing.

Best Holiday Event - UO...really? UO has easily the worst holiday "event" of any major park in Florida. SDC, Dollywood, Europa Park, also blow what UO does away. I'd even stick up for Six Flags' holiday events over UO's!! Also Velocicoaster best roller coaster in the world?? It's a pretty good ride but definitely not the best roller coaster in the world, not even in my top 10.

I get the Mythos talk as yes, a very good place but constantly winning Best overall of any theme park just seems off.

Surprised Disney won any award but this reflects a skewed population of theme park goers anyway.

I think there is something in this list that shows the problem with popularity vitrs, how did Epcot, given its current state, outrank MK?

That said, I wish Universals performance could be a wake up call for Disney. It might be still the larger destination park in Florida, but it’s clearly coasting on its past rather than putting in the energy to lead. The theme park fans are the canary in the coal mine.

Mythos decor excellent... food so so. Priced really well considering its standing. I actually like the food better at Confico or Lombardi as well as the menue

As for Epcot > MK, I think the ever-present food and booze festivals are driving Epcot's popularity right now, construction walls or no. 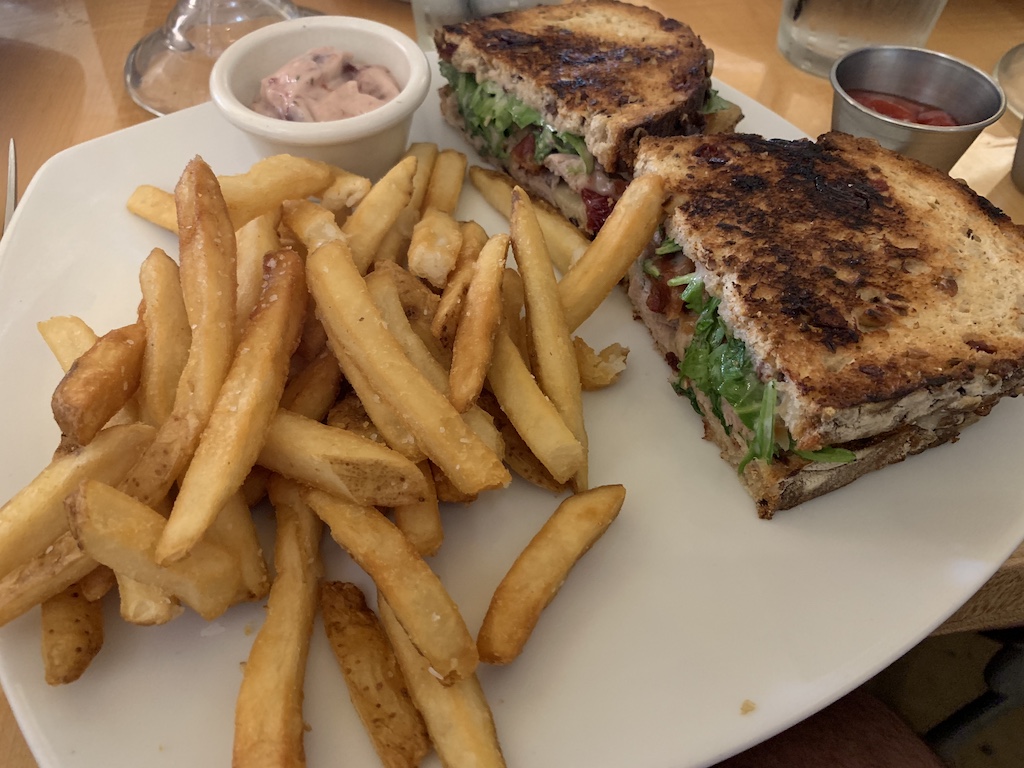 Burst open over-fried potato chips ,
burnt grilled sandwich.
( Found on Touringplans.com )
It represents a customer moment in Mythos ...
HAHA
Let's never forget : ratings in theme parks, usually are based more 'mythically' then if we do so in daily life ... :-)

Mythos is my favorite "within park" restaurant, which is what I believe this category refers to. "Within resort" would be completely different.

I think there's some confusion as to why Mythos has claimed the top spot so many times. I would agree with the critiques that there are some in-park restaurants that offer superior experiences (half of the restaurants in EPCOT for example), but where Mythos earns this award is with its value. It is a table service restaurant that charges counter service prices on its menu, and delivers an experience far beyond expectation compared to cost. Every restaurant is going to have missteps, and pretty much any experienced-based business is going to have some negative reviews. However, I think Mythos consistently delivers the best value of any in-park restaurant I've ever dined at, and serves as a way for every park guest to experience a "fancy" meal on a budget. The menu features rotating and seasonal items as well as mainstays that have stood the test of time.

Sure, you might have a "better" meal at Tiffins, LeCellier, or Blue Bayou, but it's going to cost you 2-3 times as much as a 3-course meal at Mythos. That is why this IOA staple continues to feature at or near the top of these rankings every year.

As far as best park, I voted for Disneyland because I feel it provides the most "complete" experience with a shear wealth of attractions that is unmatched by virtually any park in the world. However, I do concede that recent improvement to IOA (including both new coasters that I have yet to experience), show a concerted effort by UC to keep their parks fresh and a willingness to move on from attractions that are still popular but can make way for even better experiences for guests. I still think IOA has a ways to go to become a "mature" theme park, but I can see why it's so highly regarded even today.

I get the value play Mythos is making, but that doesn't (in my opinion, obviously) put it over the handful of other restaurants I'd much rather check out if I only had one choice (Carthay Circle, Tiffins, etc). It's not a long list, in fairness, but when I think "best restaurant," I don't think Mythos.

What’s pictured (a perfectly grilled sandwich) is not what has been described. Maybe it’s a mistake?
Also, I forgot that the quality of food outside of the USA is generally poor, so we’ll give you a pass. AMERICA! 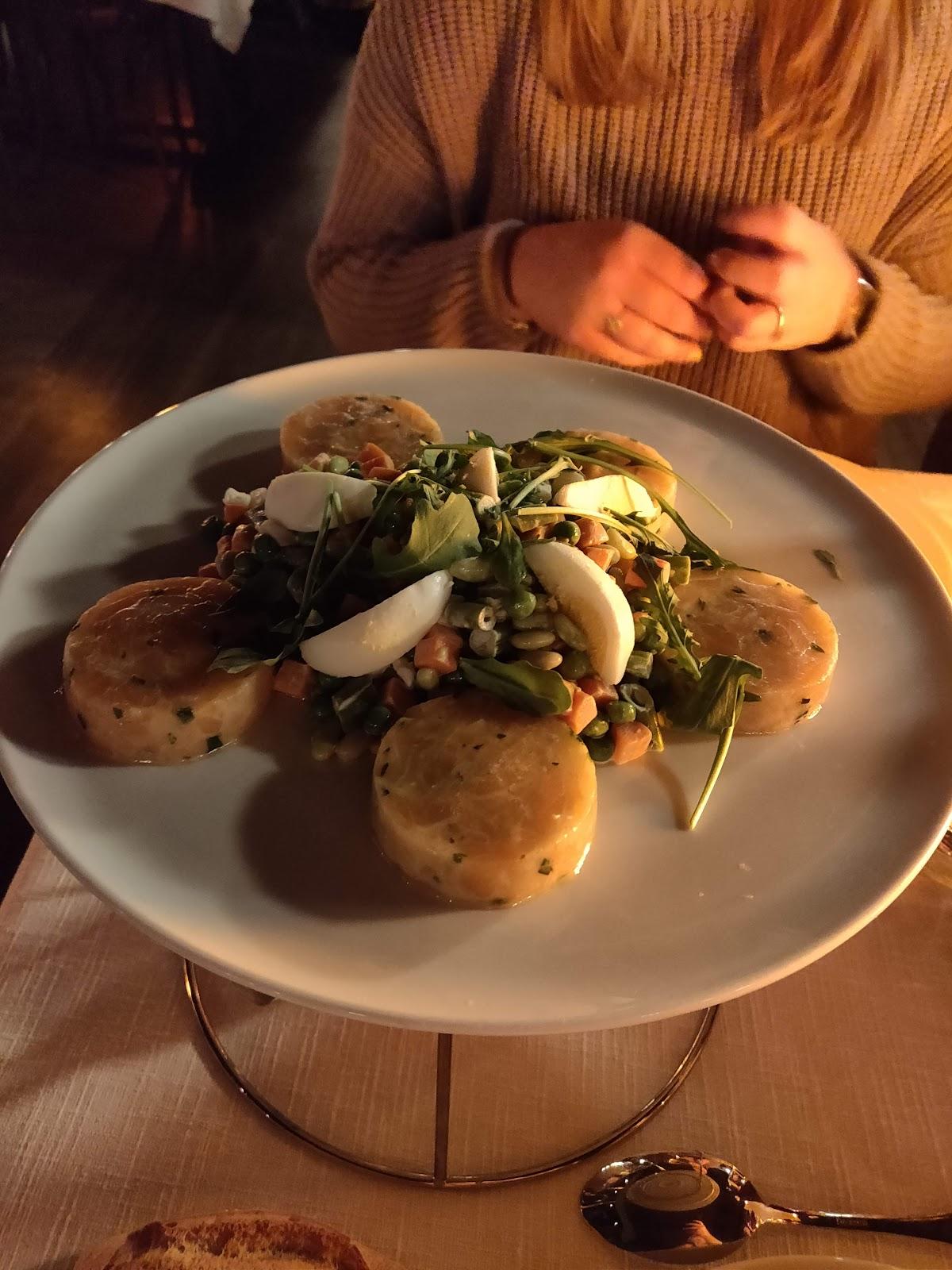 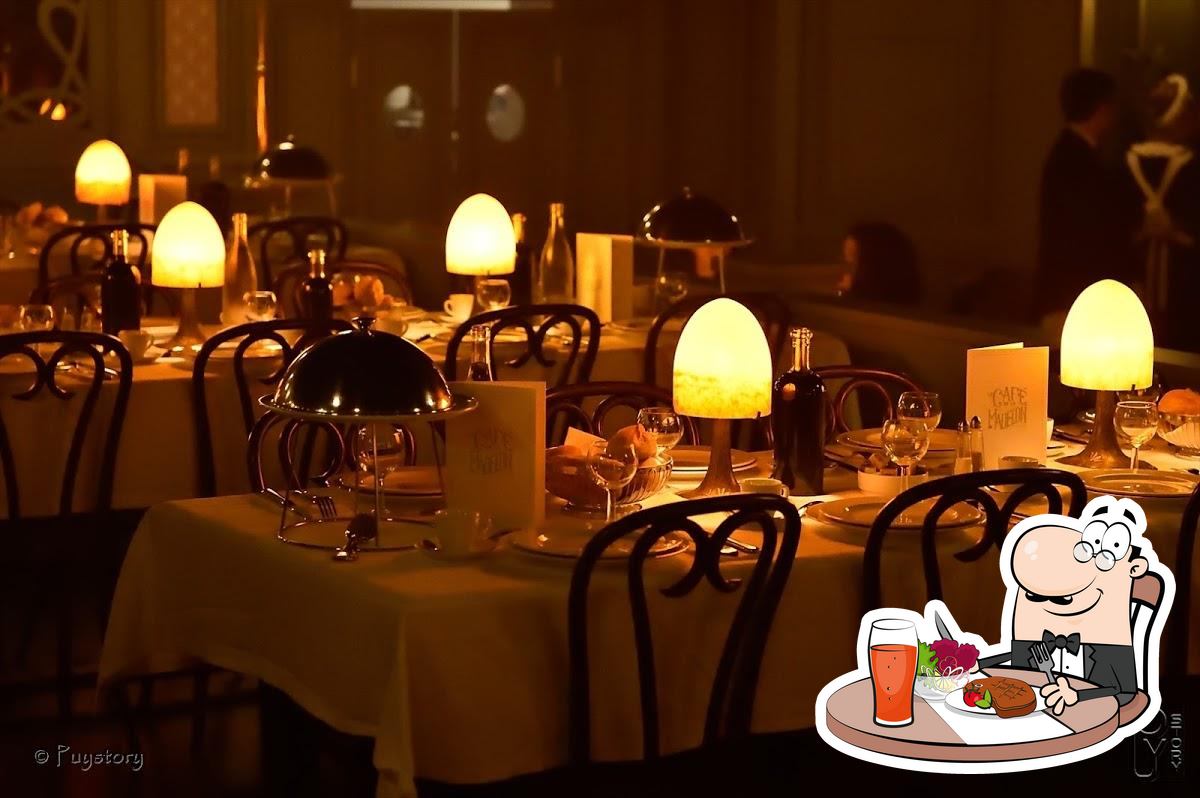 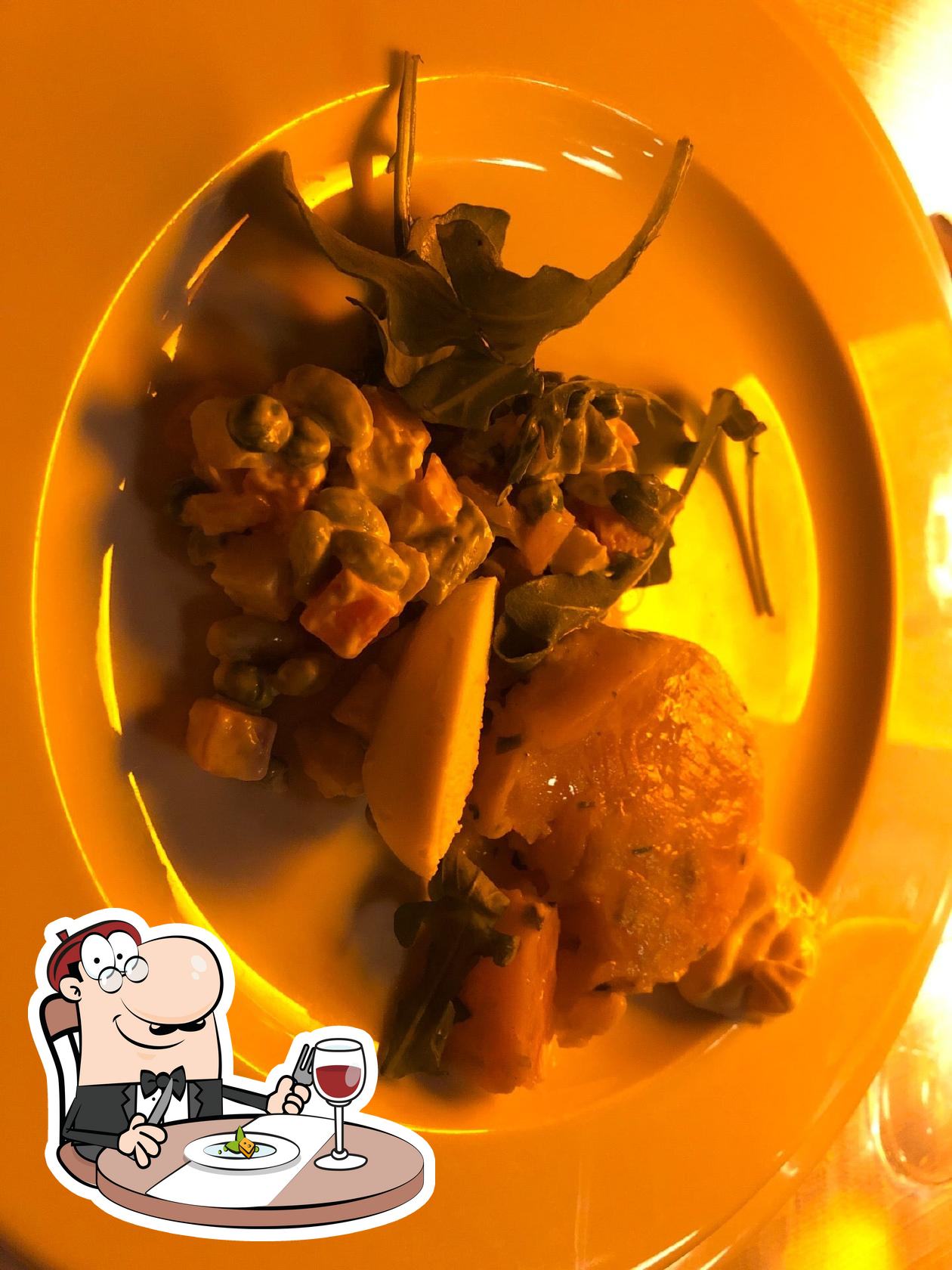 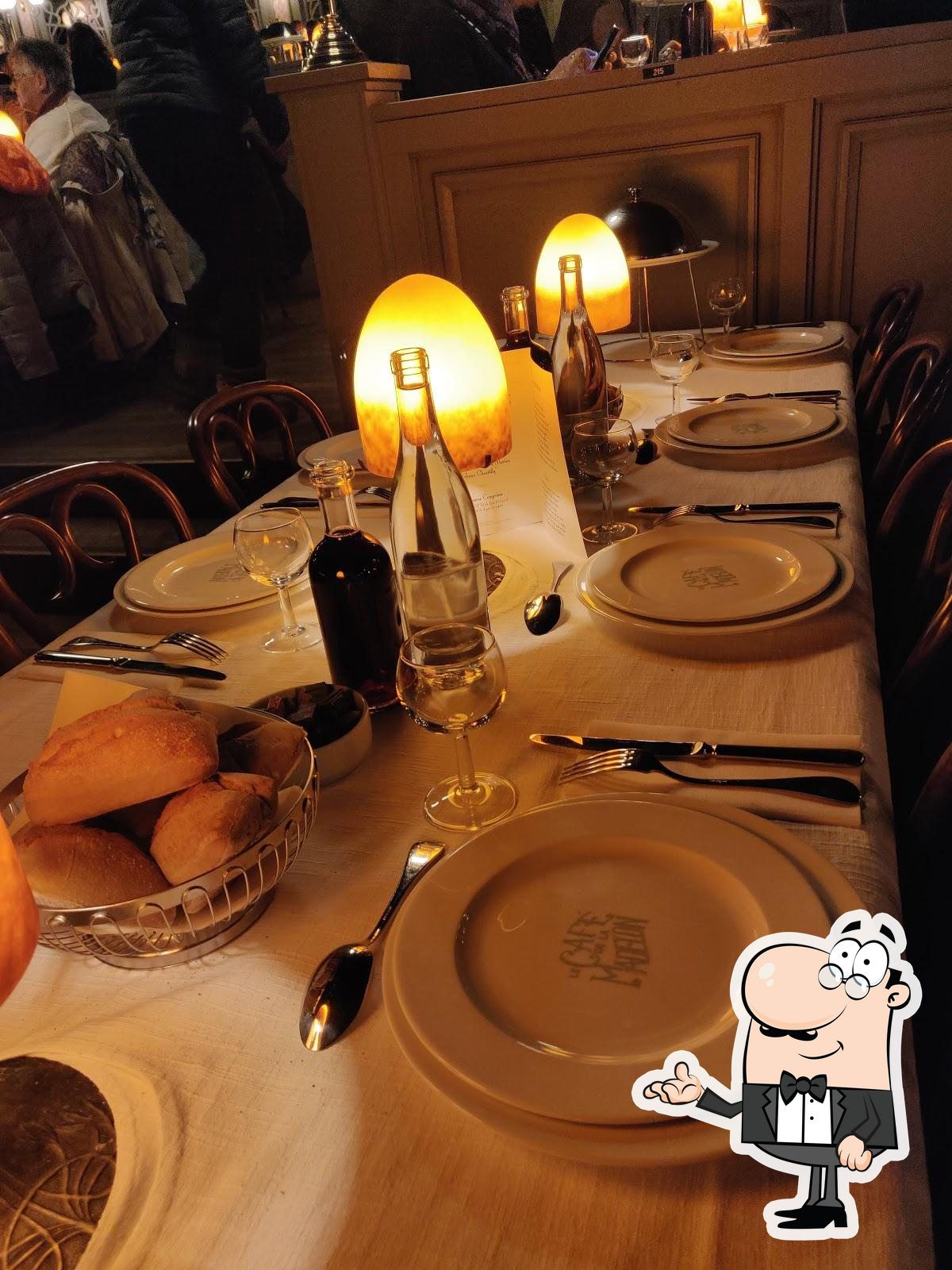 3 course dinner, full service on linenware, including first drink and coffee after.
AND including full muscical dinner show !
> See total price >> Le Café de la Madélon
Now, I said 'random' restaurant ... the others are on the same level... I would not dare to rank them ^_^
Of course, no American visitors interest for the best storytelling theme park in the world .. I KNOW.... haha

I hope the discussion forum remains closed down…

This place is toxic to no end. It almost seems as though some of you exist simply to argue and complain. At least said people have like minded individuals, albeit with mostly alternate views, to bounce off of. When Reddit can offer a more balanced discussion that doesn’t devolve into ~I’m right and you're opinion is invalidated because of the fact that I’m right……Because I’m right…I’m right you know?…Here’s 47 reasons why I’m right…~ then there’s a serious issue with the people that frequent these parts.

Keep up the good work Robert, articles are great (especially when one decides to skip the comment section).

That looks delicious and it’s offered at a great price! Very nice! I do see a few open tables in the photos. It’s nice to offer this with smaller crowds. American theme park restaurants do have to serve 3-4 times more guests (theme parks are pretty popular over here). And some, like Mythos, Tiffins and Carthay Circle Restaurant, do it very well. Kudos to Le Café de la Madelon though.

Thank you, Robert, for allowing the open discussions on TPI. It’s refreshing to hear multiple points of view in a single forum. Allowing this is what makes America great. Thats right, the Great American Melting Pot is alive and well here across the pond. Though, I would love to visit more theme parks in Europe and Asia. The end of Omnicron is near. Maybe soon!

It makes perfect sense to me to hsve IOA as the favorite. It is my # 1 pick as i love the rides. Its perfect for young adults, couples, group of friends. Maybe not so much for grand ma and the 3-8 year olds in the family. But it is an amazing experience. Kudos for universal and the disney managment seems to be in a slump lately. Enjoy the new year¡¡¡¡

Oh and if you go to mythos order one of the grill meat cuts or one of the pastas...that amazing view of the park and the service deserve better than a grilled cheese sandwich....

I’ve always really enjoyed IOA and being a new resident of FL I go to IOA the most out of all the FL parks. Adding Hagrids and VC has really bumped it up to a world class park.

However, going to DL for most of my life has really risen the bar for a theme park for me. It is the superior park with all (well mostly, covid kinda killed the entertainment)of its offerings that isn’t just attractions. Most parks around the country can definitely deliver in coasters and attractions, but rarely do many also put so much time and effort into other aspects that most park goers don’t think about. DL offers so much for every kind of person, it’s entertainment is top notch for a theme park, it’s good quality is better than most parks across the nation, it’s superbly clean, and its ambiance can’t be found anywhere else other than other Disney parks and some Universal parks.

I can totally understand why IOA won but DL will always (for the foreseeable future) be the best theme park in the world. Also another note, I love how UO won so many things this years. Ik people on this site have a disliking of Disney and a love of Universal but this is just funny. Studios being higher than Magic Kingdom, DHS, Epcot, and Efteling? Come on guys, the only things there are Mummy, a few good shows, and Diagon Alley. It’s just poorly ingregrated screen rides galore with a super rough music coaster.

(Also Robert can you add the discussions page back, I want to talk about that rumored Knotts Giga coaster)

Men In Black shouldn't be dismissed. It's the best shooter I've ever been on.

The best park in the U.S. is still Disneyland. No contest, really.

Some say that Disney Sea is the best park in the world. But I haven't been there, so my vote would always go to DL.

I will grant you that IOA is excellent, easily the best Universal park. In fact, to me, it is the only Universal park that feels like a real theme park. The others are a nice collection of rides.

As for best themed land, I would give it to Diagon Alley, not Hogsmeade. Hogsmeade has better rides, but Diagon is a beautifully immersive land. My only criticism is that the magic tricks seem too hard to do.

P.S.: Pocho wrote some drivel about Magic Kingdom. Seven Dwarves is the most popular ride at the MK, among all age groups. Mermaid is a draw. And they're building a new E Ticket there.